BEIRUT: Officials and economic experts at a conference this week praised the McKinsey report on Lebanon’s economy and $11 billion pledged at CEDRE, but many said they remained skeptical that the economic reforms linked to those funds would be implemented.

A conference hosted Wednesday by the Political Science Institute at Saint Joseph University and the Elias Moukheiber Institute for Lebanon brought together government officials, businesspeople, economists and academics to discuss the funds committed at the CEDRE conference held last spring in Paris and a macroeconomic report presented by the McKinsey consultancy firm a couple of months later.

MP Neemat Frem, chief executive of multinational manufacturing and industrial consultancy company INDEVCO Group, called the McKinsey report “a great start,” telling the audience, “I’m asking the Ministry of the Economy to take it and convert it into a unified master plan for our vision for our economy.”

As for CEDRE, Minister of State for Information Technology Adel Afiouni said that it was “not perfect and it’s not by any means complete, but we have some capital available for projects that can be crucial for the country.”

Others were more critical. Mona Fawaz, a professor of urban studies and planning at the American University of Beirut, said she was disappointed in the list of some 280 infrastructure projects that had been identified to receive CEDRE funds. She said it showed “no integrated vision” and focused on outdated priorities while overlooking the potential to develop renewable energy projects, for instance.

As to the reforms the government pledged to carry out as part of CEDRE, she said based on its actions to date, “there’s not a lot of hope to think that the reforms are actually going to be implemented, and I hope that I’ll be proven wrong.”

At CEDRE, Lebanon pledged to reduce the deficit-to-GDP ratio by at least 1 percentage point per year for five years as well as to make structural reforms in the government and sectors including electricity and solid waste.

Fouad Zmokhol, managing director of Zimco Group and president of the Association of Lebanese Business People in the World, said, “From the private-sector point of view, we do not want CEDRE without reforms. We do not want to raise our debt more than what it is today for the generation to come to pay.”

Zmokhol and several other speakers agreed that reforms to the electricity sector, which is running on an approximately $2 billion deficit while failing to produce 24-hour electricity and leaving consumers to rely on costly and polluting private diesel generators, should be the country’s first priority.

Youssef El-Khalil, director of the financial operations department at Lebanon’s Central Bank, said the state-run electricity company Electricite du Liban “is imposing a higher cost of production on the private sector, it’s affecting the budget. ... It drains on the balance of payments and, very importantly, it affects the environment in a negative way.

“Simply by addressing this EDL problem, we would be sending a very important signal to investors, to the international community and, very importantly, to the Lebanese economy,” he said.

Wissam Harake, a senior economist for the World Bank in Lebanon, agreed.

“It has become such a burden on Lebanon, the electricity,” he said.

“It is no longer about basic service delivery, which is, of course, an important part of the social contract. It’s one of the main drivers of the fiscal deficit and the debt.”

Harake called it “amazing” that “the political leadership cannot come to an agreement on solutions that are readily available.”

The World Bank is the largest single donor under CEDRE, with $4 billion in soft loans pledged.

Speakers said the government had also so far failed to implement other reforms. Ziad Hayek, who recently resigned as secretary-general of Lebanon’s High Council for Privatization, said the passage of a law governing public private partnerships in 2017 was a “major achievement” and helped convince donors to sign onto CEDRE. But, he noted, the law has not been implemented.

“Then you can understand why I am resigning,” he told the audience.

“When you see the PPP law being so important and the government having, it seems, no interest in applying that law, it becomes a very frustrating situation.” 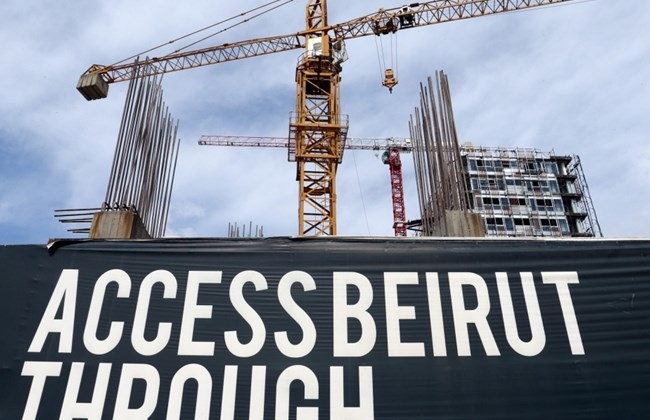